“Through the acquisition of Keolis Norge, Tide and DSD will strengthen our positions as mobility companies. Both DSD and Tide have over the last few years gone from focusing on traditional bus transport to investing in innovative multimodal networks. The acquisition of Keolis Norge allows us to enter a new industrial segment and acquire expertise in operating light rail. This will provide us with a wider, greener and more robust product portfolio within the mobility segment”, says Ingvald Løyning, Chair of Tide AS and CEO of DSD.

Tide and Keolis Norge complement each other well since both companies operate and maintain passenger transport networks and infrastructure. Keolis has been present in Norway since the first Bybanen route opened in 2010, and had its operating contract renewed in 2018. In the summer of 2019, Keolis was awarded the contract to operate the largest electric bus park in Norway, which was successfully launched in December 2020. Currently, Keolis Norge has around 550 employees. Tide is Norway's second largest bus company, and one of the largest bus operators in Denmark, with a total of 4,900 employees and 2,100 buses.

An important part of the climate solution is to get more people to travel by public transport. To succeed in this, we need efficient mobility solutions and enhanced integration across transport modes. Keolis Norge has a solid track record operating tram and electric bus networks. The acquisition supports Tide's ambition to become a leader in green mobility.

“We are very happy that Keolis Norge's team and operations will join forces with Tide. With a larger share of the public transport market, we will be able to scale up our environmentally friendly operating solutions. We also look forward to operating the contract in Bergen centre again. It is a contract we know well from the past, and which today is one of the largest zero-emission contracts in Norway. Hence, this fits particularly well with Tide's objective of increased investment in greener mobility solutions”, says Roger Harkestad, CEO of Tide.

"The public transport sector in Norway and the Nordic countries has undergone a rapid consolidation in recent years. When Keolis Group received the inquiry from international companies about the acquisition of Keolis Norge, we started a thorough process in assessing the company's further development opportunities in Norway. We have now concluded that this is the right time to sell the company to an established operator in Norway with the capacity to leverage synergies and develop the company further. We have been very selective in whom we have wanted to enter into dialogue with. We want a strong and forward-looking owner who will continue to build on the solid foundations that Keolis has established and contribute to reaching the company’s goals and ambitions. We are delighted to have entered into an agreement with DSD and Tide which have a proven public transport industry experience, says Wenche Kjølås, Chair of Keolis Norge."

A company with long term and solid order reserves

Keolis Norge's two contracts are currently operated and maintained on behalf of Skyss, the public transport company of the county of Vestland. The Bybanen contract began in July 2019 for an 8-year period with a two-year extension option and includes 109 drivers and 28 trams. The bus contract began in December 2020 for a 10-year period with two one-year extension options. The contract currently consists of 373 bus drivers and 138 buses, of which 102 are electric buses, 10 are electric trolley buses and 26 are diesel buses. In 2021, Keolis Norge transported more than 29 million passengers.

CEO Øystein Gullaksen of Keolis Norge says: "We are proud of the quality and performance of the public transport services we have delivered in Bergen since 2010. In December 2020 we added a new mode to our operations with the start of the bus contract, and since then we have contributed to emission-free public transport in the Bergen city centre. Having recruited 150 new drivers in the last 18 months, we have built firm foundations which will enable the company to grow with a strong operator like Tide”.

“Keolis Norge is a well-run company, with satisfied customers and a reliable and well-regulated cash flow. We look forward to welcoming all the great employees working in Keolis Norge today to the Tide family. At Tide, we work to be an attractive workplace with employees who thrive at work. Skilled employees are also key to succeeding in our promise to give customers and travellers good and sustainable travel experiences - every day. Tide's mission is to continue to do so - and in the future also for urban rail travellers”, says Roger Harkestad in Tide.

The acquisition is subject to approval by the Norwegian Competition Authority. As a result of the sale, 100 per cent of the shares in Keolis Norge will be transferred to DSD Bus AS. The parties agree that the value of the transaction will remain confidential. 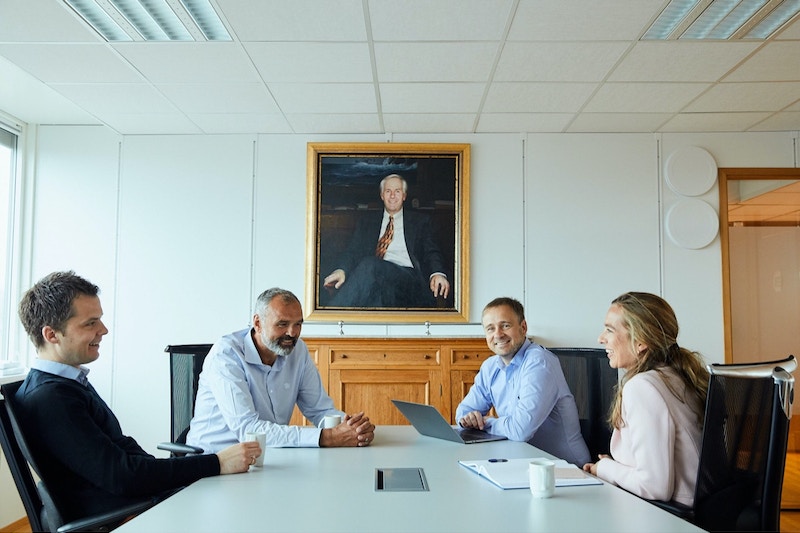